At the world’s courts 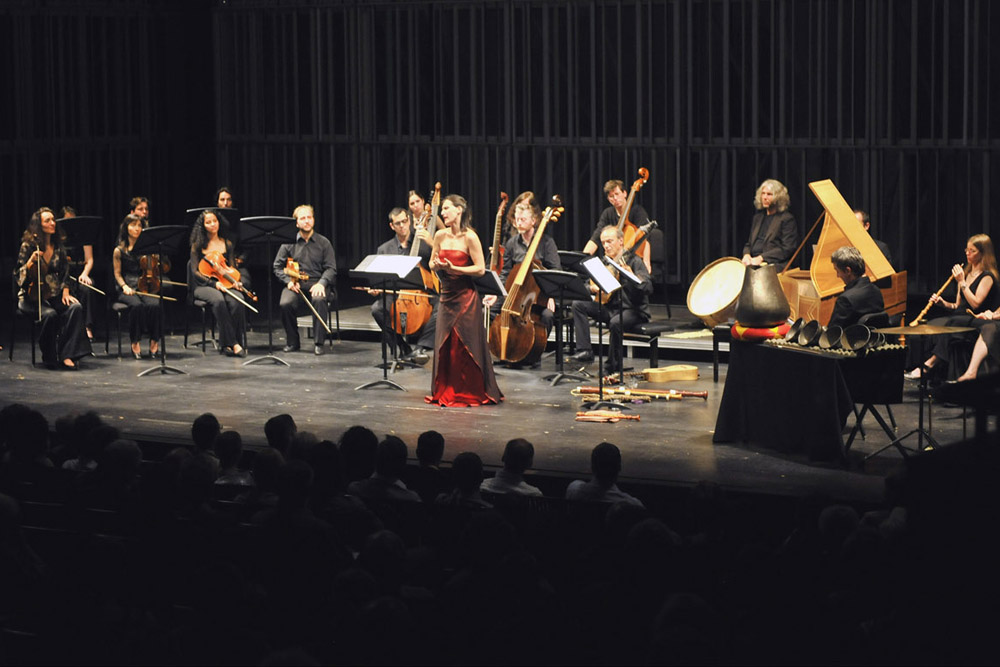 The East, which held such appeal at the courts of Louis XIII and, especially, of Louis XIV, at a time when Central Europe was at war with the Ottomans and Western trading posts were being set up in Asia and the Americas, features prominently in many of le Poème Harmonique’s famous productions. The most memorable examples are the turqueries of Le Bourgeois Gentilhomme and the Chansons turquesques of Charles Tessier. It was therefore tempting to present an anthology of seventeenth-century French and European pieces, showing the influence of such exoticism – which is what the Potsdam and Bruges festivals did in commissioning this programme. Various parts of the Ballet des Nations from Le Bourgeois Gentilhomme are interspersed with famous or little-known works evoking Turkey, Arabia, China, Cambodia and the West Indies. Lully, as composer of Le Bourgeois Gentilhomme, plays a central role in this programme, but Cavalli and Moulinié represent other European voices.

First performed at the Potsdam Music Festival (Germany) in June 2010, At the world’s courts has since been acclaimed at the Beaune Festival, at the Bruges Concertgebouw (Belgium), in Bilbao (Spain) and Vitry-sur-Seine.

‘We thought the human imperfections of Le Bourgeois Gentilhomme could never again be rendered so splendidly, so realistically, and with such fun, such sadness. But the wonderful concert at the Friedenskirche, proved us wrong!’
(E. Büning, Frankfurter Allgemeine Zeitung, Germany)